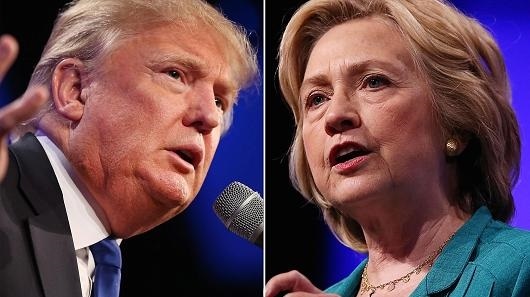 How Hillary and Trump Could Change Your Investment Approach

“Half of the American people have never read a newspaper. Half never voted for President. One hopes it is the same half.” —Gore Vidal

Most would agree that this election cycle is one of the most interesting yet anxious times in American history. It would simply take a glance at a newspaper to realize that doomsday is just around the corner, or so the media would have you believe. Regardless of which camp you side with, there remains a great deal of uncertainty about the election outcome’s effect on our future.

It would be difficult to find someone who doesn’t have an opinion on who should be the face of our country, and I am not here to offer mine. Instead, I would like to address the most common question I have been receiving from my clients, “What happens to my investments if the wrong candidate gets elected?”

I will leave it up to you to decide which candidate that is, but I would argue that it doesn’t make much of a difference. Though certain policies on healthcare, social security, and taxes will likely be influenced by the elected, the following points hold true in any outcome.

This old adage simply points to the fact that American consumerism knows no political affiliation. Regardless of who is elected people need to eat, drink, and change diapers (though preferably just the first two). Well-positioned, well-led companies will create investment value no matter who sits in the White House.

Behind all the smoke and mirrors, the true drivers of stock market prices are threefold: inflation, speculation, and increases in corporate earnings. Speculation may cause some short term volatility in an election cycle, but inflation and corporate earnings growth are not going away. Over the long term speculation shakes out, and we are left with two very reasonable growth expectations.

The markets have done very well, and had bouts of difficulty, during the terms of presidents from both parties. Historically, neither party can lay claim to delivering better market performance, as demonstrated in the following chart: 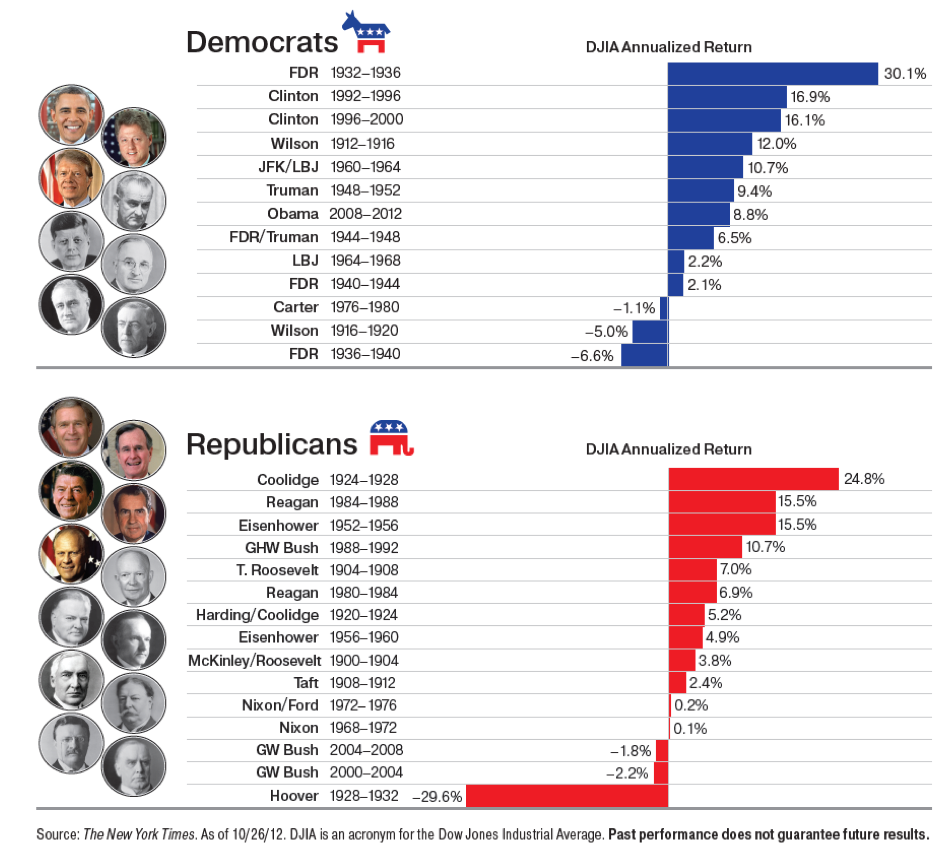 Additionally, investors who have ignored the President’s party have historically had superior returns, as shown below:

The U.S. election will, as always, provide plenty of reasons for optimism and despair. Given the fact that most of us dislike the other party more than we like our own, it is to be expected that the results in November will be very frustrating for many. However, it’s not wise to let this reaction shape your investment decisions.

One of the many benefits of having a financial advisor is in the differentiation between emotional and logical responses to events such as the coming election. Before making a change to your strategy based on the election outcome, consider whether your long-term goals have changed. If the answer is no, stick to the plan. A well-built investment plan stands the test of time, and thankfully your investment plan doesn’t vote.