The Trip That Changed My Perspective

Visiting the barrio of Mexico really puts things in perspective. I had the privilege of going this past weekend with a team of individuals. Our mission: to build a house from the ground up. Start to finish. In one weekend. The kicker? We set out to build the home without power tools which, I have to say, wasn't easy. The reason was so that we could teach the process of building to the homeowner so he could then use that skill-set to help his neighbors build homes. Overall it was one of the more exhausting and rewarding things I have done. Here is the story in photos: 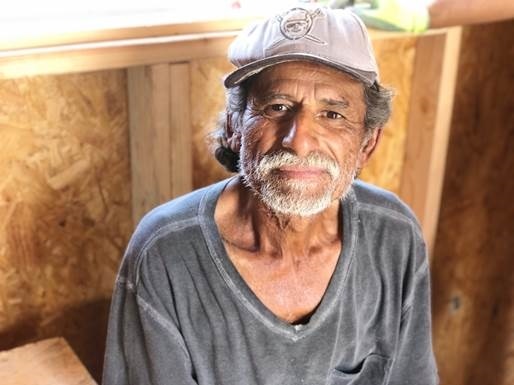 This is Fernando. He was the recipient of the house we built. Prior to his new home, he lived in a lean-to with a leaky roof. He told me “cuando lluvia, duermo como pescado.” This means “When it rains, I sleep like a fish.” He has a pregnant daughter that also wants to live with him, so she will be moving into his new home now that it is built. 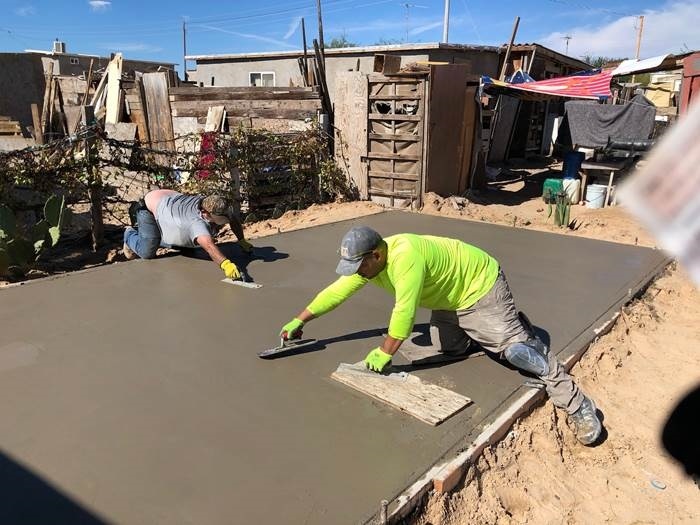 Fernando and the people in this neighborhood live in complete poverty. They own nothing more than the clothes on their backs. In this picture you can see the neighborhood bathroom (the small room with the torn rag covering the opening). As you can imagine, there was no plumbing and the smell was pretty rough. 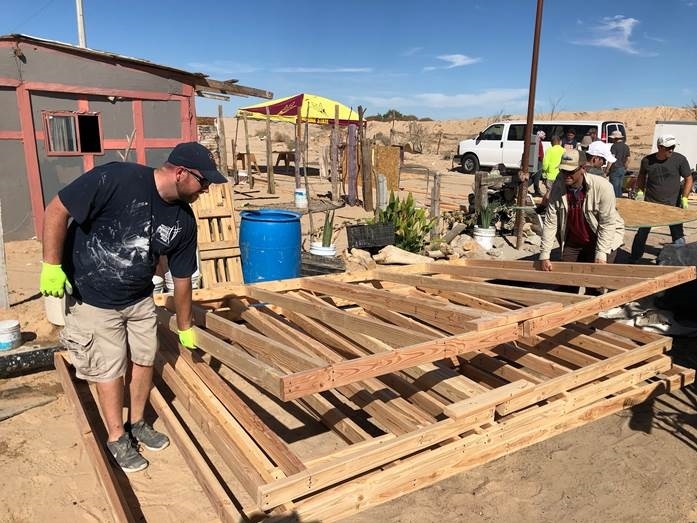 Most of the houses in the neighborhood are made with plywood scraps or pieces of old boats. Many are kept standing by wrapping barbed wire around the outside of the home. 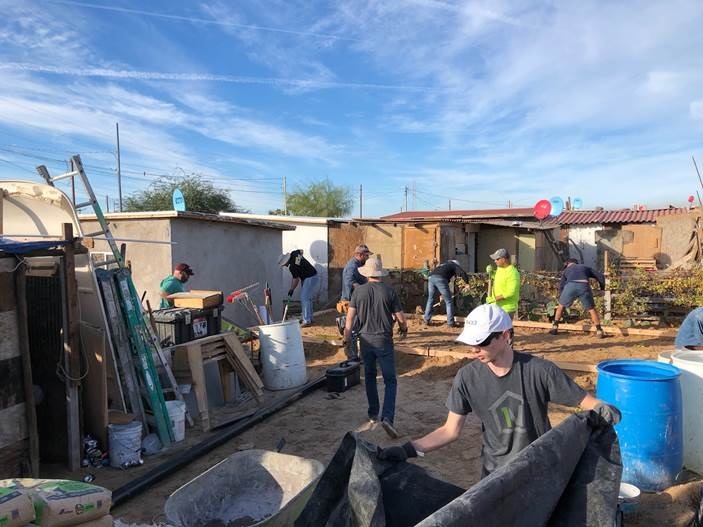 Despite having no plumbing or stable housing, most of the structures have dishes on top for satellite television. The door on the left is the entrance to Fernando’s shack. His bed was a piece of plywood propped up by old paint cans. The white piece on the left is a piece of an old boat that serves as one of the walls. 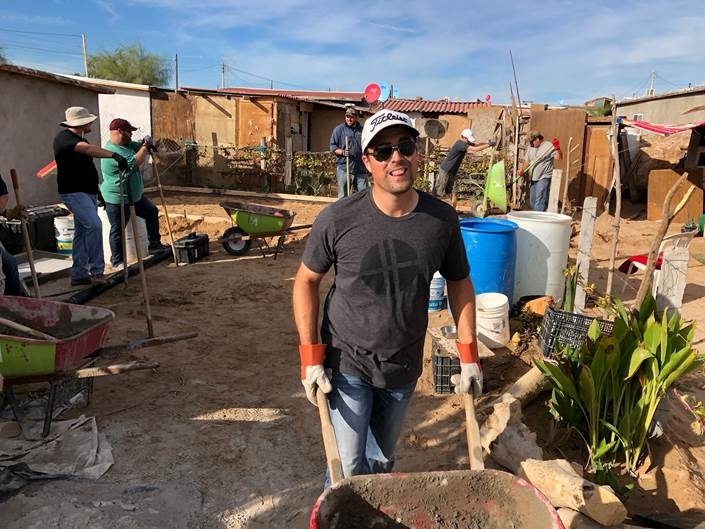 Pretty sure I didn’t know that there was a picture being taken here and was just exhausted from hauling concrete. 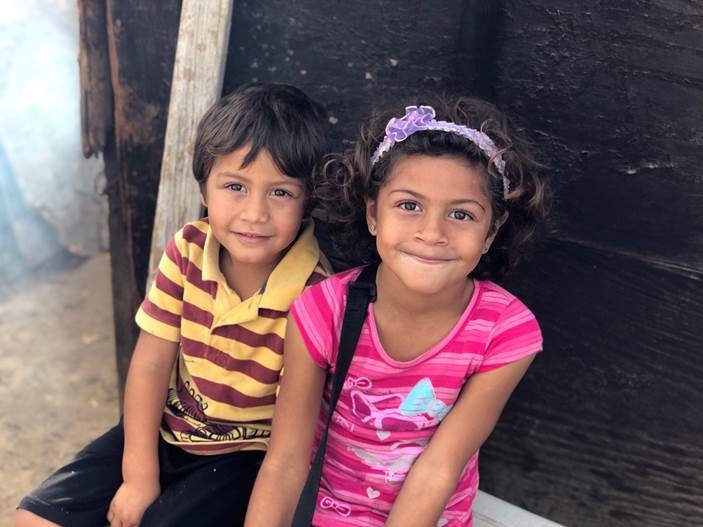 These kids live next door to Fernando. They are wearing the nicest clothes that they own as it was Sunday and they went to church. They both took a bath outside before church in a large barrel. 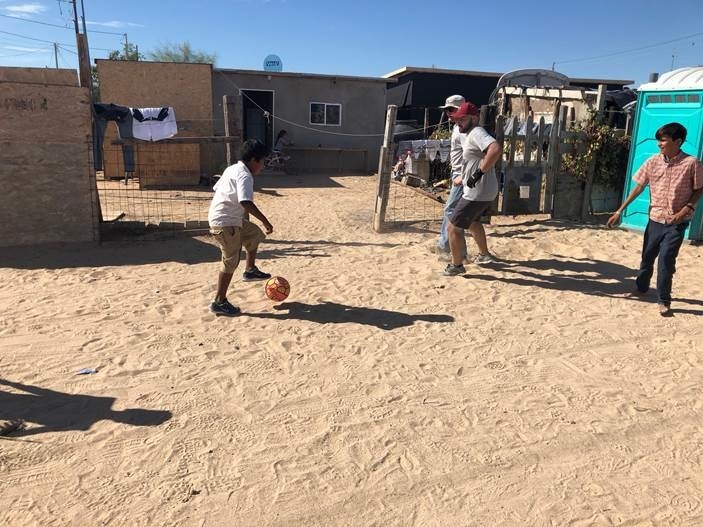 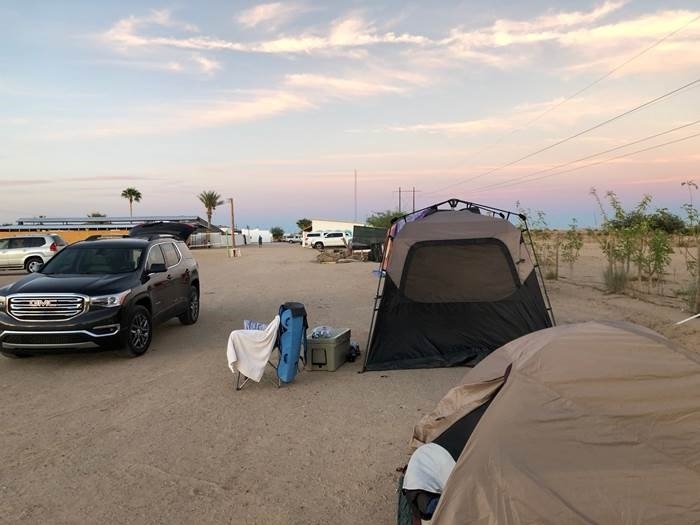 This was our campsite. It was pretty close to the home we were working on, so we got a firsthand experience of what it was like to sleep without significant shelter. It was very cold at night, and every night the stray dogs would constantly howl making it pretty difficult to sleep. 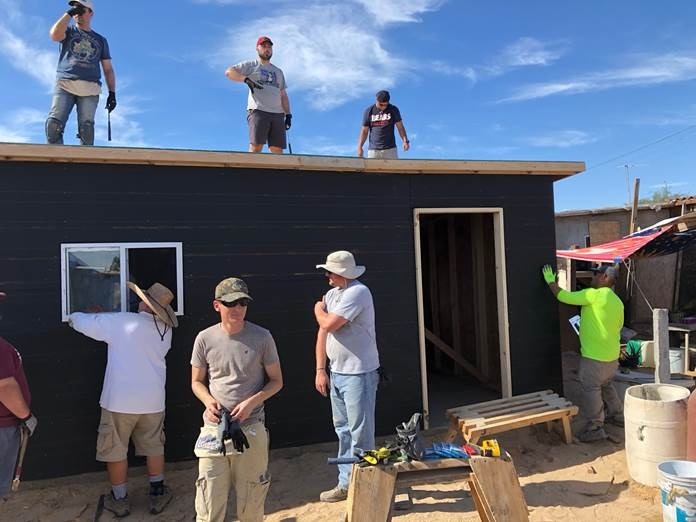 I spent most of my time during our building on the roof nailing down plywood and applying paint. It was pretty hot up there late in the day. 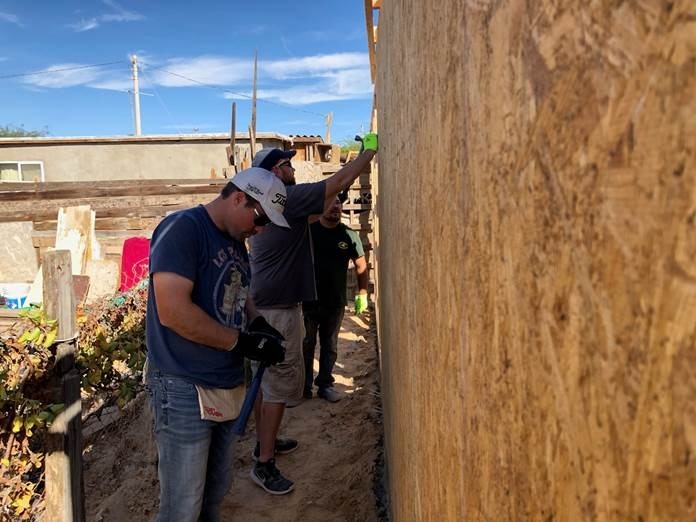 The one room house took up most of Fernando’s property, so we were backed up to barbed wire for much of the time spent building it. 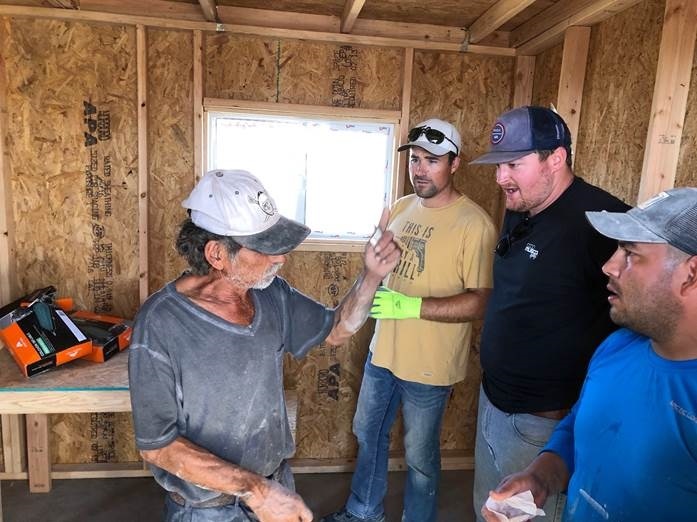 This is when Fernando told us that he was so excited for his new home because he would no longer have to get wet while sleeping in the rain. We had some scrap wood leftover, so I built him a kitchen table with chairs (you can see it behind him). 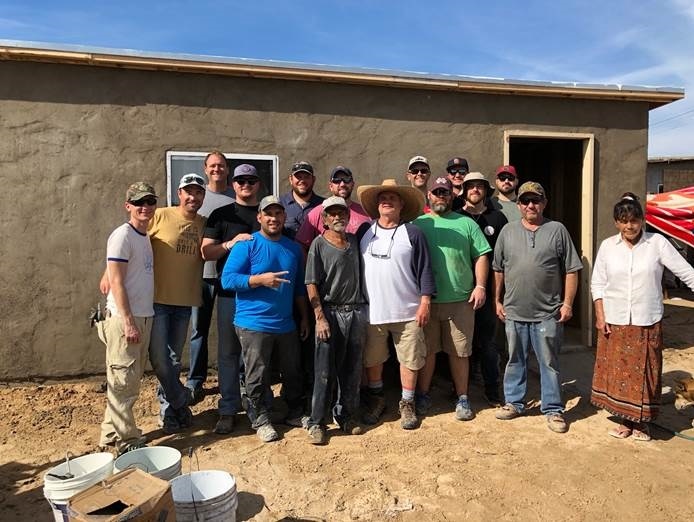 Here is a picture of the whole crew with the finished house. The lady on the right was just strolling down the road and saw that we were taking a photo. She then proceeded to jump into the picture without saying a word. Not even joking.

It is hard to explain the experience with words, so I figured I would try to do it with pictures.  Thanks for reading!